What a terrific week we had learning all about the letter “Tt”!  We truly had tons to do.  On Monday morning we started off by practicing writing the letter “Tt”.  All of your children did totally amazing!  To say I was amazed at their hard work is an understatement.  We also added a “”Timid Turtle” to our Pictionary Books. He was very cute…if we do say so ourselves!  During “Meeting Time” we were happy to discuss that we are now entering a new season… SPRING!  It is time to take off that snow from our big class tree and fill it with leaves and flowers and butterflies!  We really are so excited for warmer weather and more time outside on the playground. We will have lots of new fun projects, activities, and lessons to do in honor of the season changing.  Woohoo!  After this your children came up and shared their homework with the class. We discussed all of their letter “Tt” pictures and they are hanging up on the homework board alongside our painted “Tigger” for your children to see each day. As always everyone did a terrific job on their homework!  We read the story The Tyrannosaurus Game by Steven Kroll. They absolutely loved this story. The book is about a rainy day at school.  The children become bored since they cannot play outside. Then Jimmy decided to create a game for everyone to play which required them all to come up with a story and pass it onto the next person to add their part. The story was about a big tyrannosaurus! They all kept the story interesting and fun. Once the story was over everyone was beyond excited to learn that we will be playing that game as well as creating our very own giant T-Rex pets!

After story time we went outside to play since it was so beautiful out. Did I already say how happy we are that Spring is here??? Ha! Ha! In the afternoon we read the story Shark vs. Train. By Chris Barton and Tom Lichtenheld.  Before the story we took a vote on who we think would win, the shark or the train.  The votes were – Shark Wins; Luca, Kenzie, Luciana, Gabriel and Michael – Train Wins; Rocco, Logan, Fateh and Abigail.  The story has a bunch of scenarios of how the shark and train would be competing in and through the pictures. We were able to talk about who would win and why.  At the end of the story we realized that it was really two brothers playing with a shark and train who are then called for dinner.  We talked about how great and powerful imagination can be!  We then danced and sang our hearts out to Jack Hartmann’s “Letter T Song”.  We had a great time! Jack Hartmann is one of my favorite children’s music writers. He has songs written for almost anything you can think of! If you ever want to show your children more of his songs, just type in Jack Hartmann on YouTube and all of his songs will come up.

On Tuesday morning, we got right to work on our giant T-Rex pets!  There were a lot of steps that came into making this project. We started by painting them.  This took focus and patience because like I said … they were tremendous!!!  Your children were able to pick whatever color dinosaur they wanted to paint. We also continued working on our “Timid Turtles” Tuesday morning.  During “Meeting Time” we talked about a bunch of new “Tt” words and read the story Dragons Love Tacos by Adam Rubin and Daniel Salmieri. This story was so funny! Tacos for dragons seems like a great idea… until the spicy salsa comes out!  They were cracking up.

I knew they were going to love this story so I just had to get the sequel Dragons Love Tacos 2 The Sequel by Adam Rubin and Daniel Salmieri.  It was also a hit!!!  We read this story in the afternoon to keep our dragons and tacos theme alive. We also continued working on our Number Books. I am totally blown away by all of their work with learning how to write their numbers.

On Wednesday it was tie dye day!  Everyone looked so groovy in their tie dye attire. We danced and grooved to some 70’s music to really get into the spirit!  We continued working on our T-Rex projects. It was time to glue on the pieces to create the T-rex’s face and scales since the paint was dry.  They were coming out ADORABLE. Your children also picked what color scales they wanted for their T-Rex’s. For snack time we had a guest visitor. It was Tallulah Tuttles Teapot. She had come straight from the castle where she works for King Arthur and Queen Isabella. Tallulah taught us the proper way to have “tea” at a royal “Tea Party”. She taught us to drink our “tea” with our pinkies up! As well as the proper way to use a napkin. She even sang us her favorite song “Tea for Two and Two for Tea”.  She brought us teddy grahams as a snack and brought out her telephone to let us talk with the king and queen back at the palace. She was so happy to hear that we were learning the letter “Tt” she had to bring us a couple of letter “Tt” objects in her bag.  She brought us a truck, a triangle, and of course her royal telephone.  Since “Tt” is her favorite letter… she taught us a ton of ways to say goodbye the royal way. She taught us “Ta ta!” “Tootles” and “Toodaloo”! We truly loved this visit from Tallulah T and we now know the proper way to have a “Tea” party!  Maybe we can have one at home!

During “Meeting Time” for the month of March we have been talking about the saying “March comes in like a lion, and goes out like a lamb!” Your children learned that this means March comes in strong like a lion with cold, rainy, intense weather, then hopefully goes out calmly with nicer weather and warmer days like a lamb. I ask them each morning what they think the weather is more like… a lion, or a lamb. Since March is coming to an end we will have a special project to make which represents that saying. We started those projects this week and the children were excited to start making them! During “Meeting Time” we read The Big Turnip by Tatiana Zunshine. This story was hilarious! Your children basically helped me finish the story without reading it. They were guessing what was going to happen after each page and they were guessing correctly! They understood the sequence of this story perfectly so I decided to plan for a fun sequencing activity for Friday afternoon when everyone is here.

On Thursday morning we continued our T-Rex’s. We took both of our T-Rex’s and stuffed them. Then we used a plastic sewing needle and yarn to hold them together. They came out so cute!!! These took a lot of time and different steps and it was all worth it. They cannot wait to show you their T-Rex pets that they worked so hard on!  During “Meeting Time”, we read the story The Tooth Book by Dr. Suess. We also had a lovely visit from Miss Sheryl!  She came in to dance with us to Dr. Jean’s famous song “Tooty Ta”, which is most definitely Red Robin’s Anthem. We had a blast dancing to this silly song!  Ask them to show you it!  You can find the song on YouTube. In the afternoon, we started working on creating butterflies to add to our class Spring Tree! We can’t wait to show you the tree when it is done. We also read The Tiptoeing Tiger by Philippa Leathers. It was very cute! After the story I had them put on their best performances as a “Tiptoeing Tiger”.

On Friday morning, we continued sewing up our T-Rex pets. During “Meeting Time”, we took our T-Rex pets to the meeting room to listen to and sing to a musical book called Dinosaur Pet by Neil Sedaka. It was so cute to see the children sitting with their new pets and listening to the song!  Our pets have quite the moves!!!  They love their very own dinosaur pets. We also danced to “Tooty Ta” again….that’s how much we love it!!!  In the afternoon we completed a sequencing activity for the story we previously read called The Big Turnip by Tatiana Zunshine. We then went to our meeting room and listed all of the letter “Tt” words that we learned throughout the week. There was a ton!!! It was truly an amazing, and busy week!

Friday was the day for our “Tyrannosaurus Game”.  The object of this game is to start off the story and then everyone has a chance to add to the story.  I asked the children the question… “What would you do if you woke up and there was a T-Rex in your room?”  Michael said- “If I woke up and there was a T-Rex in my room, I would give him dinosaur food and take him to the park!” Mackenzie said -“At the park we would all play on the slide and swings and then go out for dinner!”  Luciana said- “After dinner we will eat Kit Kats!” Luca said -“After dinner we will all go to my playroom and play with Spiderman!”  Fateh said -“Then we will give him snacks and read him a book.”  Abigail said “We will then bring him to the carnival and go on all the rides and get popcorn”. Rocco said- “Let’s go on the school bus” Gabriel said – “The school bus will take us home.”  I ended the story by saying-“When we all got home we were so tired that we had a giant dinosaur slumber party!”

Next week we’ll be learning the letter “Uu”. Please send in pictures.  Wishing you all a wonderful weekend! “Q” and “U” will be getting married next Friday April 1st. We will be practicing for the big day throughout next week. The actors and actresses’ roles were picked from a hat to make it fair to everyone who will be participating. If it rains on this day, we will be rescheduling. I will let you know if that happens and when the rain date will be! If you have any questions please feel free to call or text me! 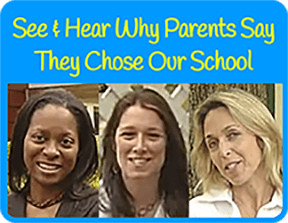 Of course, parents should trust their own experience and instincts when choosing a school or camp. However, the critical decision about with whom to entrust your child should also be based on the program’s license, accreditations, and commitment to safety. Red Robin holds many such distinctions. They are a source of pride for us and can be a source of confidence for you:

Red Robin elects to maintain its accreditation with the American Camp Association (ACA).  This commitment requires Red Robin to adhere to many stringent standards and inspections, which help parents select camps that meet industry-accepted and government-recognized regulations.

In addition, our school is licensed by New York State.

We are also chartered by the New York State Education Department-Board of Regents.

We are permitted to operate by the Nassau County Health Department.

Red Robin is a peanut and tree nut free facility, one of many safeguards implemented to protect our students and campers. 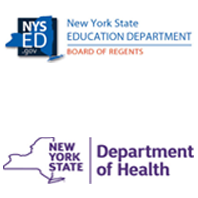